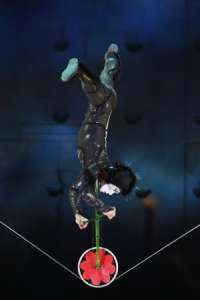 One of my favourite Katy Bowman-isms is that ‘No-one is out of shape.’ All of us are in exactly the shape that our environment and our behaviour has led our system to create. Another idea that I find very useful is championed by Robb Wolf, author of ‘The Paleo Solution’ and ‘Wired to Eat’, namely that if you want to understand anything relating to the human body, you need to view it through the lens of evolutionary biology. An idea that I heard Dr Andreo Spina expand upon: homo sapiens evolved as hunter-gatherers. Our ancestors spent hundreds of thousands of years evolving according to the demands of hunter-gatherer existence. Our bodies are essentially the same as those of our h-g ancestors and, therefore, are wired to expect the same kind of activities/inputs. So, if you want to understand dysfunction, or function as well as possible, identify the things that you do that are NOT h-g activities, and find ways to mitigate the impact that those activities have on your function.

I have to admit to taking perverse delight, from time to time, in being told by someone I’m teaching that the movement I’m showing them is ‘not normal’, or even better, ‘not natural’. Mostly I enjoy this because it gives me an opportunity to explore, with the person I’m teaching, what they mean by normal, or natural.

It appears that we are very good at normalising dysfunction. For example, it’s normal that my back aches in the morning; or it’s normal that I always get indigestion, and have to take pills to control it; it’s normal that I can’t look over my shoulder when parking my car; it’s normal that I wear orthotics in my shoes to stop my ankle hurting etc. etc. In other words, ‘normal’ is used as a synonym for ‘usual’, or ‘habitual’ – much in the same way that ‘not natural’ is used instead of ‘not normal’ or ‘unusual’. I’m very used to hearing, when demonstrating scapular circling on all fours, for example, that it looks weird, it doesn’t look natural.

I was fortunate to see a Cirque de Soleil show recently, which included many moments of disbelief at what we were witnessing – definitely a lot of ‘not normal’ physical feats on display. This got me thinking about what the capacity of homo sapiens truly is, what are our natural attributes without the interference of industrialised/post-technological revolution culture, and the language and mindsets of limitation and fear. Perhaps the Cirque de Soleil artists ARE the ‘normal’ humans, doing things that we absolutely evolved to do, and I think it looks extraordinary because their skills are way beyond mine, just as me circling my scapulae around my ribcage seems to be beyond some of the people that I try to teach it to.

I know that if I don’t routinely express the full range of movement of a joint, the soft tissues and muscles around the joint will adapt to the reduced range that I am making use of. If I don’t fully lengthen and fully shorten a particular muscle, my nervous system will calibrate accordingly. My system’s perception of full range will now be less than my physiological full range (and, of course, my nervous system is in charge), so it will take considerable retraining to re-callibrate my system’s perception of full range to my actual full range.

A few years back, when I was regularly teaching an open level Pilates mat class, I began to realise that over months, and years, of accommodating what appeared to be the typical available ranges of movement of the group in the class, I was adapting exercises and movements to fit them. After perhaps two years of semi-consciously modifying movements it dawned on me that I was no longer teaching what I set out to teach but rather I was teaching, in some cases, a modification of a modification of a modification of the exercise. You might argue that, in adapting things to the ability of the attendees, I was being a responsible and inclusive teacher. However, I now look back and think that I was actually resetting ‘normal’ for most of those people. Instead of showing them the possibility of more, and helping them to achieve it, I was actually helping to reduce their options. I never stopped intending to teach people to the best of my ability, I wasn’t being lazy, or uncaring – instead I think I’d lost sight of the difference between natural and normal, or between natural and usual, or most common.

It’s a terrible (and terribly true) cliche that the magic happens outside one’s comfort zone. I think that ‘normal’ is a part of fortress comfort – the very high walls of fortress comfort, in fact – concealing from us the possibilities that, rather than being bizarre or outlandish (‘women doing push-ups! ludicrous!’) were our birthright, as in, we were born to do them. Heck, why not call them ‘gifts’ instead of ‘abilities’ – we are given the gift of life, and part of that gift is a physicality that has astounding potential. As Ido Portal has said, of all the animals, we will never be the fastest runners, the best climbers, fliers, diggers etc. but we can do a bigger combination of these, and so many more things, better than any other animals can.

Ido Portal famously proposed that we should train ourselves in improper alignment, and I believe that this is another way of saying ‘reset normal’ or, better yet, ‘expand normal’. Functional training sounds very sensible and rational (though good luck with finding a clear definition) but, to use the most basic explanation of the term, training to make the activities of daily life easier doesn’t sound like it’s going to be pushing many boundaries. As the Mayo clinic suggests in their description of functional training, squats are great preparation for sitting down and getting up again – and I don’t think that they were trying to be funny… It appears that functional can be code for ‘normal’ – and functional training is to make you better at doing the stuff that you normally do. It’s almost completely at odds with Ido’s argument because, by definition, it doesn’t aim to expand on what is normal, for you. I have heard Jozef Frucek, of Fighting Monkey fame, argue that rather than ‘functional training’, we are better off doing non-functional training if we want to be better able to handle what life throws at us. (Fascinatingly, to me, he also suggests not to ‘do your best’, because that will result in you doing what you usually (normally) do, so trying something other than ‘your best’ instead.

To carry on quoting Jozef (I’m writing this just days after spending 4 days listening to him), “diversity breeds immunity”. To suit the point that I’m trying to make, I might twist this into “normality breeds vulnerability”. So if we’re presented with an activity, or an idea, that provokes a “That’s not normal” response, maybe we’ll be best served by pausing long enough to suppress that response, and discovering what possibilities, and potential benefits ‘not normal’ has to offer us.