Has there been a better time to be alive? 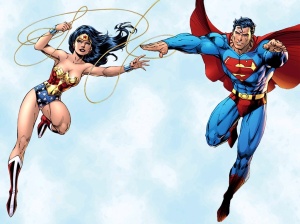 I would generally be the first to agree that the world looks in bad shape at the moment. In spite of this, and Matt Ridley’s ‘The Rational Optimist’ it seems evident (certainly from the perspective of non-human populations) that there are too many humans on the planet. Social injustice, the tsunami of obesity, environmental catastrophes…the list could go on for a while, and lead us to conclude that the outlook is very bleak.

And yet we are living in an era of unprecedented access to information – to the extent that I can hardly believe what’s available to me at little to no cost. Of course, we have to exercise some discretion, as some of the free information that’s available may be less than entirely reliable. Perhaps it’s safer/more accurate to say that we have unprecedented access to expert opinion, and the beauty is that it appears that applies to almost any subject one can imagine. For instance, my particular bent is for information in and around the spheres of primal lifestyle, ancestral health, functional medicine, paleo nutrition, optimising human performance, exercise physiology, weight-lifting etc. If, however, your interest is in antiquarian books, veganism, numismatism, natural history, chemical engineering…. I’m sure that your interests are being equally well served.

The torrent of interesting material is sometimes overwhelming, and I’m rapidly coming to the conclusion that downtime in front of the television will have to go in order for me to keep up with all the reading – not to mention all the ‘watch later’ YouTube videos. TED talks are one of the best examples of our easy access to expert opinion. Some of my favourites are: The real reason for brains; Why things hurt; Why bodybuilding aged 93 is a great idea; Minding your mitochondria (or, how I cured my MS). Most of these talks were not found through my own searching, but through social media which, despite all it’s flaws, I have to concede is a phenomenal tool. In the main, I use it to ‘follow’ various people whose work and opinions I’m interested in, many of whom will regularly post (aside from their own writing) links to videos, details of scientific papers, links to other interesting websites, and so on. (This is also how the volume of stuff to try to keep up with spirals beyond my reach).

The other aspect of social media that’s especially exciting is that we can get instant feedback on ideas. For example, for convoluted reasons, I was reading an issue of ‘Power‘ magazine recently (yes, there’s an article by Kelly Starrett in there) and one of the powerlifters being interviewed was talking about the value of Facebook in developing a new training system. He can post training ideas and get feedback quickly and directly from the people who are trying out his ideas – it’s like simultaneous market and scientific research, in a way that would have been impossible 10 years ago.

Podcasts are another source of joy for me, particularly on long car journeys. There are probably some that you have to pay for, but the ones I’ve wanted to hear have been free. I have learned about nutrition, biochemistry, business management, teaching/coaching, evolutionary biology, neurology, and on and on – all by listening to episodes of not more than 6 different podcasts. On top of this, listening to various people talking on these podcasts has led me to authors whose books would otherwise not popped up on my radar: John Yudkin, Atul Gawande, Nassim Taleb, Tim Ferris, Weston Price, Dan John. I’ve not included links to all of these because you can easily look these people up if you’re curious. The point is that there is quite possibly information about subjects that you’re excited by freely available if you go looking for it.

It’s also easier than ever to ‘self-quantify’, to measure significant markers of lifestyle – tracking exercise, food, sleep etc. It’s quite possible that some people use the gadgets, and do very little with the data that they’re collecting (which might be considered a waste of money) but you could certainly use the data to conduct your own experiments into what changes in your lifestyle have positive or negative effects on you sense of wellbeing. In the UK we are behind the US a little, but hopefully it won’t be too long before we will have access to something like WellnessFX, that allows you, at relatively low cost, to get very detailed information about your own health markers, well beyond the readings from a conventional health check.

The short message: access to information to help you become amazing, to fulfil your genetic potential has never been so accessible. Do the right thing. 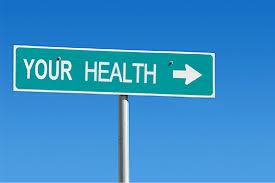 When Joseph Pilates wrote “Your Health” in 1934 the world was a different place from the one we know now (or, at least, the Western world was). The majority of people would have lived less sedentary lives. Whilst work for many was physically hard, it appears that lines between work and leisure were much less blurred than they are now (e-mail, anyone?) Industrial food giants were largely a twinkle in the eye of their founders and real food, as opposed to food products, would have been the standard. Wheat looked very little like the Frankenstein’s monster of a grain that it is now, and CAFOs (‘concentrated animal feeding operations’) were a couple of decades away. Ancel Keys wouldn’t succeed in demonising saturated fat for another 25-30 years (and, in the absence of CAFOs, animal fat would have been less potentially sinister anyway).

The list of health related differences could probably go on for a while. In short, I suspect that it was a little easier for people to be responsible for their health then than it is now.

What of it? Well, a couple of years ago I was at the house of a client who had a business associate visiting (both American). There was an American news channel on the television, with a discussion of Obama’s universal healthcare policy underway. My two companions were clearly of a Republican persuasion, and vigorously opposed to this socialist notion. As a European I found it utterly bizarre that anyone could be opposed to something that I have taken for granted for my whole life.

I’ve lived and worked in the US, and experienced the surprise of being asked for my credit card details, in the ER, whilst trying to staunch the bleeding from a sizeable wound. I’ve also seen people of apparently limited means handing over large sums of cash in the pharmacy for their monthly prescriptions. How could this be reasonable?

More recently I’ve started to question my knee-jerk position on universal healthcare. I suspect that the Republicans mentioned above are opposed to the idea for financial reasons – I don’t know the details (apparently the ‘Obamacare’ bill runs to more than a thousand pages, so perhaps no one does) but I can imagine that there are potentially lost profits somewhere in the system. There’s little prospect of me profiting from privatised health care, beyond teaching Pilates, so I’m not concerned by that. What I am uncertain about is the degree to which our system allows us to imagine that, collectively, GPs; surgeons; nurses; physiotherapists; pharmacists etc. are responsible for <strong>our</strong> health. We can afford to fail to take care of ourselves, and make poor choices, because there’s a broad safety net of health professionals that are obliged to try to fix us. Clearly not a good recipe for personal responsibility. If we all knew that there would be financial consequences for the poor lifestyle choices that we make wouldn’t we be much more likely to make better choices?

The problem is that the ship of personal responsibility, in this regard, sailed a long time ago. Even if this isn’t you, I bet you know plenty of people who will seek a pill for any ailment, take antibiotics for a cough/cold, or go to their osteopath/chiropractor/physio to get ‘fixed’ if something hurts. If you’re a Pilates teacher I’d be amazed if you have not been asked for a remedy to some physical ill.

And here’s the real problem – we’ve been encouraged to think like this, by both governments and the corporations that ‘help’ them to form policy. Who knows why the food pyramid looks the way it does? Was it the work of a well-meaning but scientifically illiterate committee of politicians, or was it hatched in the subterranean lair of an evil food corporation executive? Probably somewhere in between, but it doesn’t matter anymore. Their work is done and the great majority of us ‘know’, beyond doubt, what healthy eating looks like. We also know that several episodes per week of 30 minutes of moderate intensity exercise are what we need to manage our weight and keep our cardiovascular system in top condition. (This probably requires a post of its own, but don’t we also know that it’s natural for a baby to vomit much of its food…?)

Governments try to protect us from the evils of tobacco, and, to a lesser degree, alcohol, and we justify huge rates of duty because these lifestyle choices place an extra burden on public healthcare. If you manufacture cigarettes you may not advertise your products, because we know all about the health risks associated with your product. However, we enjoy no such protection from the promotional efforts of the corporations, some of whose products purport to be healthy. Nestlé are free to advertise breakfast cereal made with ‘healthy whole grains’, Tropicana are equally free to advertise orange juice, which has the same sugar load as Coca Cola (who, of course, enjoy the same freedom to promote their wares). The list could go on and on – margarine proven to lower cholesterol, sweetened drinks to improve your gut health etc etc.

In these circumstances the odds seem so heavily stacked against us that personal responsibility is hardly an option. Informed choices are only as useful as the information they’re founded on. If governments and corporate giants collude to mislead us, a two-headed monster of misinformation, doing our best can easily become a recipe for ill-health. In these circumstances it seems more than ever that providing universal healthcare is an obligation. If your body were a high performance car, you’d be careful about the fuel you put in, you’d put air in tyres if they looked a little squishy. Perhaps you’d clean it often, and you probably wouldn’t park it where the risk of damage or vandalism was high. In short, you’d probably follow the manufacturers recommendations to keep it in good, if not great condition. This analogy stumbles a little in that our bodies don’t come with a manufacturers warranty, and companion handbook. However, the two-headed monster above has purported to provide one for us. ‘You break it, you pay for it’ seems like a generally appropriate maxim, and could be well applied to healthcare – you abuse and damage your body, you pay to sort it out. However, if you’ve followed the manufacturer’s instructions faithfully, surely it’s their problem?