PROVE IT! Part 2 (Why I’m not bothered by ‘Back Pain Myths’) 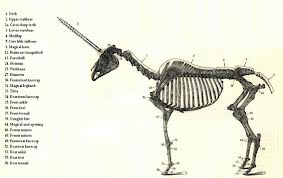 I recently wrote a post which was in response to a review of “Becoming A Supple Leopard” by Kelly Starrett. The reviewer took issue with both the lack of reference to scientific studies within the book, and Starrett’s failure to refer to current pain science (by looking only at postural/structural/biomechanical causes of pain). The same theme cropped up in an article called “Back Pain Myths: Posture, Core Strength, Bulging Discs” from the website ‘Better Movement‘.

“Back Pain Myths” states that the majority of physical therapy and corrective exercise done in the USA is based on incorrect assumptions, and concludes a consideration of the evidence for each ‘myth’ as follows: “..there is little evidence to support the idea that we can explain pain in reference to posture or that we can cure pain by trying to change posture..”; “…if a large percentage of pain free people have bulging discs, then how likely is it that a bulging disc is the cause of your back pain?”; and “..the current evidence states that there is nothing magic about core strength as means to prevent or reduce back pain…”. It is not surprising that some might take this as an attack on their practice.

There is no doubt that pain is a very complex subject, and that, especially in the case of chronic pain, the sensation of pain may not be caused by an injury, postural fault, or structural defect. It seems to be clear too that there are many people who have a disc bulge (or several disc bulges), without any symptoms at all. If nothing else this would seem to be good grounds not to rush into a surgical procedure if you are diagnosed with a disc problem. I can’t argue that Todd Hargrove (the author at Better Movement) doesn’t make some legitimate points – it is always good to have our beliefs and assumptions challenged – and we shouldn’t fall into the trap of letting popular wisdom become dogma.

A typical example of the ‘Back Pain Myths’ content is reference to various studies that fail to show any link between poor posture and pain (and it is interesting to read that other studies show a stronger correlation between back pain and stress levels, job satisfaction, exercise etc). Hargrove does refer to a study that seems to suggest a link between poor posture and pain, but hastens to remind us that: “it is important to remember the rule that correlation does not equal causation“. I like this mantra and am inclined to repeat it quite often myself. However, it is perhaps also worth mentioning that non-correlation does not equal non-causation – if a study fails to find a link between one thing and another it does not mean that there is none (I think that this idea is more normally expressed as: absence of evidence does not equal evidence of absence).

Again, we’d be foolish to pretend that someone’s pain isn’t an intricate tapestry, but I’m not inclined to feel that the foundation of the way that I work is being critically undermined by articles such as this. Dysfunction, poor movement patterns and stabilising strategies may not cause someone pain now, but they may cause tissue damage that could result in pain at a later date, or have a knock-on effect on a nearby structure that may become the cause of pain. I know, there’s a lot of ‘may’s in that last sentence, and I believe that’s partly because it’s very difficult to conduct meaningful studies on humans. That is to say, it is probably impossible to account for every variable between study subjects (even if we were to be able to treat humans as we treat beagles, chimps etc.), so we cannot expect any studies of pain triggers, or potential treatments to do better than show some correlation – and we know the rule about that.

I believe that the majority of studies that have been conducted would seem to indicate that exercise of nearly any kind (shall we just say ‘movement’?) is helpful for back pain sufferers, and one kind of movement doesn’t seem to be better than another. I don’t think it matters that we cannot prove the efficacy of a movement discipline, if the result is that people increase their awareness of their own bodies and thereby move and position themselves in a ‘better’ way than they were previously able to. Another thing that would be very hard to study is how the sense of empowerment from a movement practice might impact someone emotionally or psychologically, and thereby have an effect on pain sensation. Failure to prove these things does not make us charlatans.

To return to ‘Back Pain Myths’, I have to acknowledge that Hargrove’s article finishes with questions: “why do these approaches seem to work; how can so many people be wrong; and if these aren’t the true sources of pain, then what is?” So, despite the lack of science, he acknowledges that ‘these approaches’ (from the article we must assume that he refers to making postural improvements, surgery, and core stability training) seem to work. Interesting… Reading further, Hargrove turns out to be a fan of Eyal Lederman, who wrote a famous/infamous article entitled “The Myth of Core Stability” which, for me, speaks volumes about his outlook. You can easily find “The Myth of Core Stability” with a search of the internet if you wish (I tried to include a link but each time I tried to open a page I got an automatic download and, trust me, I’ve more copies of this article than I need). Lederman does an, apparently, able job of rubbishing the notion that there is such a thing as core stability, provided you accept that he fails to actually define what ‘core stability’ is, and doesn’t include an explanatory quote from any of the practitioners whose work/theories he questions. (I’m no lover of the term ‘core stability’, and I suspect this is true of most Pilates teachers. At the same time, I can’t fault anyone for trying to understand and explain how our brain controls our muscles and movement. I’m inclined to think that they are engaged in trying to find explanations for things that Joseph Pilates, for example, recognised as being true without the need or equipment to figure out why.) Lederman’s article is full of scholarly references, and he undermines the theories of those he calls ‘CS practitioners’ by means of those references to conflicting evidence. That SCIENCE trump card again. (One of those studies, at least, involved methods of testing trunk stability hilariously far removed from a ‘real-life’ situation).

Hargrove is a Rolfer and Feldenkrais practitioner. Lederman is an Osteopath. I do not wish to disparage any of these practices, but/and I’ve found it very difficult to track down any proof for their efficacy, or superiority to other practices, on PubMed, or any other websites. Yes, pain is undoubtedly a complex subject, and it is a very good idea for anyone working with people in acute or chronic pain to be aware of current theory. We cannot overlook the psychological/emotional component to, particularly, chronic pain. A very recent experience of mine (anecdotal, sorry) seemed to show that helping someone to understand how to effectively stabilise their midline (core, if you wish) had a positive impact on their confidence, and sense of self-worth, which had been seriously undermined by back pain. Yes, it only ‘seemed’ to help – I cannot prove it, and I don’t suppose the person in question would feel the need to have proof.

If people may be being routinely harmed by a practice then there is clear reason to question it. Does this mean that an unproven movement practice should be avoided, or that it is invalid? Er, NO.