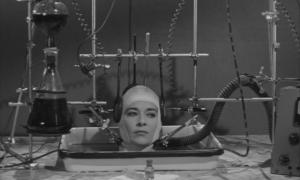 I’ve had conflicted feelings about civilisation for a few years – I enjoy the products of both agricultural and industrial civilisation as much as anyone AND I recognise that human civilisation has exacted a terrible price both on us and all the other species of flora and fauna on the planet. (It’s hard to read ‘Endgame’ by Derrick Jensen and stay blind to the negatives.)

There are a few fundamental factors that have driven our evolution as humans, including avoiding predators (see ‘Sculpted by Cats‘ by Frank Forencich – and buy the whole book, it’s great), finding food, managing environmental conditions, and gravity. Basically, moving about, and managing external loads and forces (thank you Katy Bowman).

I mention gravity in particular because it would appear, based on listening to an episode of the Tim Ferriss show recently, it appears that some smart people, from Stephen Hawking to Jeff Bezos, believe that the future of humanity will not be on the Earth alone. Not only will it not be on the Earth but that it would be most sensible to get away from gravity all together, so that human life would continue on space stations rather than on planets. Perhaps, like me, you find your internal alarm bells sounding at this – “What about bone density?”, “What about muscle mass?”. Further listening/research suggests that this might be a narrow view of the future of humans. Maybe the future doesn’t involve physical bodies at all. I love how science-fiction this becomes, because I like how sci-fi’s so often questions the nature of existence. Could it be that the future of humanity is as the gravity manipulating “intelligence” in ‘Interstellar’, who don’t appear to have a physical presence. It must be amazing to work in fields where this kind of thing is being contemplated.

Fascinating as this is, we remain physical beings for the moment, and at least for our lifetimes, shaped by our evolution and the factors mentioned before. Our physicality is central to our existence, and to our health. If you’re not utilising and enjoying your physicality it’s as if you’re preparing for this non-physical future that, if it comes, may be centuries or millennia away.

I’m currently reading an extraordinary book, called ‘Endgame’, by Derrick Jensen. Jensen paints a very bleak picture of the world, and I’m not sure that I’d recommend it, unless your optimism is of a very robust nature. He’s certainly no fan of multinational corporations, so it’s ironic that a chapter in the book made me think that Nike have the greatest advertising slogan ever. It also made me think that the iconic poster of the first Obama presidential campaign was, unpredictably perhaps, strangely anticipating what seems to have been widely regarded as a disappointing presidency.

How are the two related to each other? One could argue that the sentiment of the Nike slogan is the exact opposite of hope. Your hope won’t cause a situation to change, but your action might. Whilst ‘Just Do It’ is a call to action, hope is a reason (excuse?) to remain inactive. (It reminds me of a landlord I used to have, back when I had dreams of turning a Brooklyn warehouse building into two wonderful live/work spaces. The roof was leaking and his typical response to our requests for him to get someone to fix it was: “God willing, it will get fixed.”)

As well as seeming to say ‘Stop procrastinating’, or ‘Stop making excuses’, “Just Do It” seems to me to be saying ‘It’s down to you, and you only. (Yes, we can sell you fancy apparel and products to help, but) you’re the one that has to get this done.’

If we hope for a better life/body/world etc. it is as though we pass the mantle of responsibility for that betterment on to someone else, perhaps ‘someone’ supernatural, if we are hoping that God will make things better. In taking action we can claim responsibility for our future, and have a real chance to shape it the way that we would wish it to be. Perhaps President Obama would have done better to borrow Nike’s slogan for his election campaign – maybe that would have given his presidency a little more momentum.

Jensen includes a quote in ‘Endgame’ on this subject, that he attributes to Gringo Stars:

“Hope is the real killer. Hope is harmful. Hope enables us to sit still in the sinking raft instead of doing something about our situation.”

Get out of the raft, and swim. Just Do It.